So, after being inspired by this article, I’ve decided to invite my 8yo old son to build a game. He not only loved the idea but jumped straight on drawing all sorts of blueprints for the game: 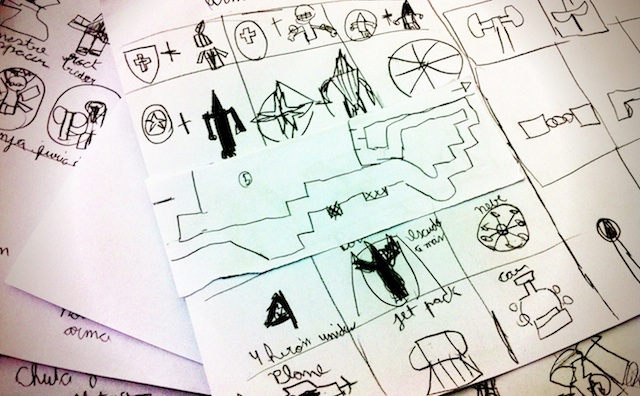 As it was clear it would be a sidescroller and since I’m a doofus when it comes to game development, I’ve decided the HTML5/JS route, one of my favorite combos.

I couldn’t imagine how fun this endeavor would be - from starting to draw the maps, to researching pixel art and tilesets to playing with some JS game engines, like melonJS and tiled, a kick-ass map editor.

After spending 5 hours doing the melonJS tutorial, I started to build the actual project, going from scratch and using yeoman for the project setup, and all the boring stuff, like asset management, jshint, yadda yadda.

So yeah, I’ve had tons of fun this weekend, and couldn’t be on better company :)